And He said, “The kingdom of God is as if a man should scatter seed on the ground, and should sleep by night and rise by day, and the seed should sprout and grow, he himself does not know how. For the earth yields crops by itself: first the blade, then the head, after that the full grain in the head. But when the grain ripens, immediately he puts in the sickle, because the harvest has come.”

Good morning friends. Permit me to set the scene first with a look at the definition of a parable. A parable can be defined as:

a simple story used to illustrate a moral or spiritual lesson

With that in mind, let us consider the moral of this parable. In other words, what was Jesus’ desired outcome from His audience, through the sharing of this well crafted simple story?

Well, the central thrust of His message was the kingdom of God. This could be divided into two subsections: the invitation (the call to repentance), and the gathering (the coming judgement). The preparation was championed by none other than prophet John (popularly known as John the Baptist), through the preaching of repentance before Jesus came on the scene. Hence Jesus said to His disciples concerning him:

And from the days of John the Baptist until now the kingdom of heaven suffers violence, and the violent take it by force.

Jesus’ delivery style catered for the different learning styles (visual, auditory and kinaesthetic), as well as the social, emotional and spiritual needs of audience. Like today, they were drawn from all walks of life, and a wide array of: gender, generational, social, economical, spiritual and political background. But yet, these parables were easy to adapt, simple, relevant and imaginative. He captured their attention, with thousands congregating and moving around with him most times in public spaces.

So, let’s home in on this morning’s parable. The seed is the word of God, which is meant to be dispersed by faith to the ends of the earth. The sower does this by faith and in obedience to the great commission, without a clue about how it will all pan out. After years of ploughing and sowing the seeds of faith, perhaps at some point in the not distant future news might break out of a spiritual awakening. Then theologians, disciples, apostles, sceptics, researchers, cameramen, pilgrims, real estate developers, writers, newsrooms etc., will follow the trail like the wisemen followed the star in search of the messiah. This dear friends is when the earth is said to have yielded her increase. The labourers watch in awe, wondering how it all happened. Then they follow up the harvest through discipleship.

Until this happens, we need to appreciate that anything done without faith is displeasing to God – here lies the fundamental difference between science and faith. While science is obsessed with: what, why, how and when; faith is enveloped in love, hope and belief in all that is God’s. In the words of Paul: 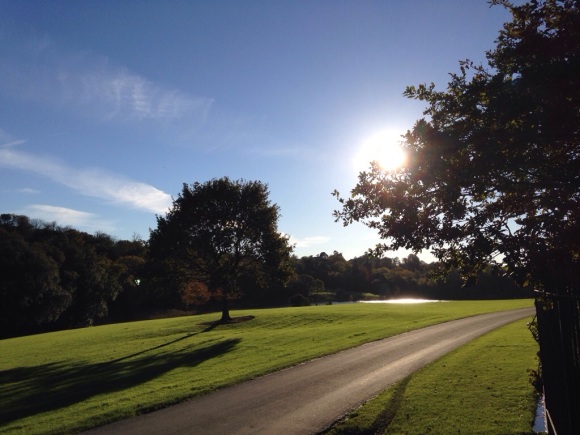