And again the word of the Lord came to Haggai on the twenty-fourth day of the month, saying, “Speak to Zerubbabel, governor of Judah, saying:

Good morning friends. The prophet Haggai declared these words thousands of years ago, at this time the nation of Israel was slowly recovering from one of her weakest seasons in living history. The walls of Jerusalem had just been rebuilt, and the new temple which was no way in comparison to the grandeur and splendour of the last had just been commemorated, and Ezra’s reformation was underway.

After this prophecy, I suspect Haggai would have been asking The Lord questions like; When Lord? How long? Or even, Did I hear correctly?

The kingdom he prophesied against are the governments of this world. This shaking will bring them all to their knees, as they finally bow to the superior and everlasting kingdom of God. This is evident with the diplomatic cracks that have come to public light within the very foundations of institutions like the UN, EU, NATO , G7, G8 and G20. For instance: “allies” spying on each other, proxy wars; selfish interest and greed forcing a lack of cooperation on climate change, Syria, Iran, Ukraine, fair trade, and other issues of common interest.

But in spite of the devil’s agenda, God’s plans for the ultimate redemption of humanity is still underway. Dear friends, as sure as Jesus’ birth, life, death and resurrection is; so also is His second coming and judgement. With this in mind, we draw courage and strength from the words of our dear friend, Peter:

Therefore humble yourselves under the mighty hand of God, that He may exalt you in due time, casting all your care upon Him, for He cares for you.

Be sober, be vigilant; because your adversary the devil walks about like a roaring lion, seeking whom he may devour.

This eminent judgement will sift the wheat from the chaff. According to Simeon the Intercessor at His first coming:

Behold, this Child is destined for the fall and rising of many in Israel, and for a sign which will be spoken against

*Help make my new book (Echoes of Mercy, Whispers of Love) a success by supporting my fundraising campaign using this link: https://www.indiegogo.com/projects/echoes-of-mercy-whispers-of-love

Be part of something awesome!

“Now learn a lesson from the fig tree. When her branch is tender and the leaves begin to sprout, you know that summer is almost here. Just so, when you see all these things beginning to happen, you can know that my return is near, even at the doors. Then at last this age will come to its close.

“Heaven and earth will disappear, but my words remain forever. But no one knows the date and hour when the end will be—not even the angels. No, nor even God’s Son. Only the Father knows.

“The world will be at ease—banquets and parties and weddings—just as it was in Noah’s time before the sudden coming of the Flood; people wouldn’t believe what was going to happen until the Flood actually arrived and took them all away. So shall my coming be.

At our Worship Service last night we looked at the times and seasons, and how we should respond to its challenges. We also grappled with key events like; the political crisis in Crimea, and the disappearance of the Malaysian Airline plane with 239 passengers onboard without a trace.

I highlighted that we are prophetically in the season of Spring (the season when kings go to battle), and we should take our place in prayers for; governments, institutions, friends, families, communities and supremely important – our purpose and destiny.

We also looked at our primary purpose (to know and worship God), and our secondary purpose (to be living sacrifices and extensions of God’s kingdom on earth).

So back to today’s thought, The Rabbi warned;

when you see all these things beginning to happen, you can know that my return is near, even at the doors. Then at last this age will come to its close.

Friends for a tag, we can call it operation Pray Until Something Happens (PUSH). We need to take our places as living sacrifices and burn the incense of prayers like Anna and Simeon until we see the travail of our souls. 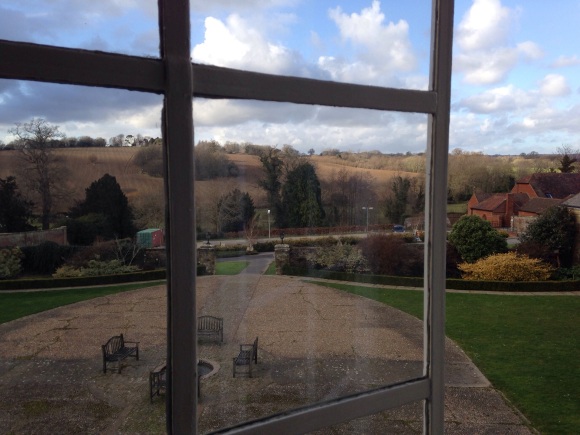