Patriot (Phased Array Tracking Radar to Intercept On Target) is a surface-to-air missile system. It is designed to detect, target and then hit an incoming missile that may be no more than 10 to 20 feet (3 to 6 meters) long and is typically flying at three to five times the speed of sound. The upgraded Patriot system can also destroy incoming aircraft and cruise missiles.

Good morning friends. The call to faith is a call to serve humanity. It is a call to love the Lord our God with all our heart, with all our soul, and with all our strength; and, I hasten to add, to love our neighbours as ourselves. I don’t know about you, but to me, this is a super patriotic call to duty.

Sadly, in recent times the word patriot has been reduced to political gimmicks and shallow ideologies based on people’s fears and selfish interests. Opportunistic politicians and civil servants play on the masses’ anxieties, exaggerating issues, misrepresenting or misinterpreting data, and claiming to have the antidotes – all in the name of nationalism. They battle it out among themselves, using policies aimed at feeding the fears of the people. Therefore words like: we will protect, we will defend, we will provide, we will fight; become prevalent in their lexicon, deployed as sound bites in political broadcasts and campaigns to provide false comfort to citizens.

But friends, a true patriot is one who serves the heavenly king and loves all humanity regardless of race, colour, gender, sexual orientation, background or creed. In the words of Paul on this very interesting subject, he said to his audience:

For we do not wrestle against flesh and blood, but against principalities, against powers, against the rulers of the darkness of this age, against spiritual hosts of wickedness in the heavenly places.

With this in mind, allow me to redefine the word patriot:

One who vigorously supports God’s kingdom (His will and purpose for planet earth), and is prepared to defend it against enemies or detractors (dark spiritual forces).

We have the perfect example in the life of Jesus, which He articulated to His audience using this analogy:

To further strengthen this thought, let us now press the rewind button to the very beginning of time, to the book of Genesis and pause at the point humankind was created. God’s instructions to our ancestors was:

Be fruitful and multiply; fill the earth and subdue it; have dominion over the fish of the sea, over the birds of the air, and over every living thing that moves on the earth.

Dear friends, anything invented or created has a purpose. Without a clearly defined purpose, the creation or invention is likely to be unfit or not fit for purpose; as a result it is discarded. We are spiritual Patriot Missiles: designed to detect, target and then hit any incoming missile in the spirit realm. Called to consecration. Called to stand in prayer, stand in the word of faith, and stand with righteous decrees.

In one of His last words to those closest to Him, He said:

Occupy till I come!

And this we will do until the return of the King of kings, and The Lord of lords! 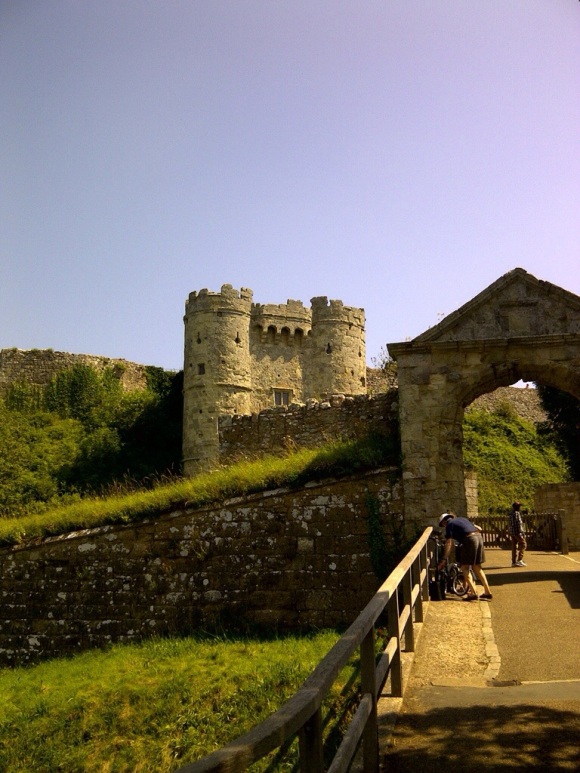 *If you enjoy my posts, then help make my new book a success: Echoes of Mercy, Whispers of Love … @indiegogo http://t.co/628aKrh4Ls
Be a part of something awesome, and you will get some lovely perks in return!